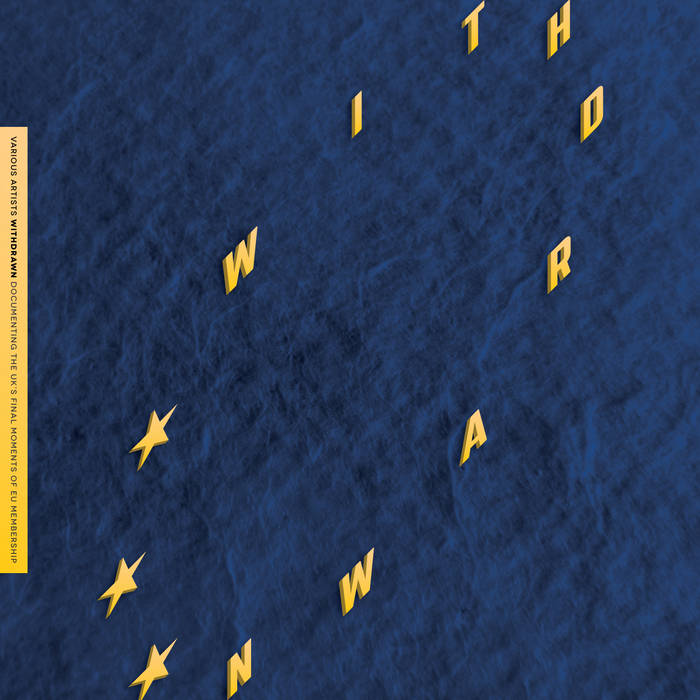 Where were you at 11pm on 31 January 2020, as the United Kingdom left the European Union, 47 years after accession to the European Communities? Were you out in the streets, gleefully setting off fireworks and singing patriotic songs in celebration of 'getting your country back'? Perhaps you were watching the horror unfold from the safety of your own home, still furious and baffled at what was happening. Some of us were sitting quietly at home, eating biscuits. Some were trying to get home, some were late-night shopping, some were in the pub, some had retreated deep into the woods.

Following an open call for submissions, 25 sound artists around the UK recorded their immediate environment during the transition, taking in a few minutes before the 11pm deadline and a few minutes after. Some of the resulting recordings, taken at face value, seem uneventful, but what they do capture is hugely significant. Can we hear the transition? Does an oppressed nation ruled by unelected EU bureaucrats suddenly become a sweet, sonically-fragrant land of sunlit uplands? Or do the birds stop singing as the gates close on an open, tolerant society with freedoms, protections and standards, immediately turning it into a dreary, small-minded, monotone backwater? The reality, of course, is that there is no audible change, but it is true that the river at the start of Psmith's contribution is a different one to that at the end, whether it sounds the same or not. What happens to that river – and the woods, the roads, the people – in the coming months and years, only time will tell.

The curator's politics are well documented elsewhere, but for this release he has tried to remain a neutral observer. Some artists have been more outspoken with their track titles than others, but all have captured something important. The result is a poignant document of the most nationally significant moment in many of our lifetimes to date.

PLEASE NOTE: This is non-hierarchical Volume II. Volume I is also available over here: dyffrynmoor.bandcamp.com/album/withdrawn-i

Thanks to all the artists for their generous contributions.

Conceived and compiled by Simon Proffitt.

Money raised from the release will be donated to the Welsh Refugee Council, a charity organisation devoted to helping and empowering refugees and asylum seekers start a new life in Wales. wrc.wales

Featured sounds by K.Spark and WIZDUMB, plus Basi joins the show to discuss his latest release.